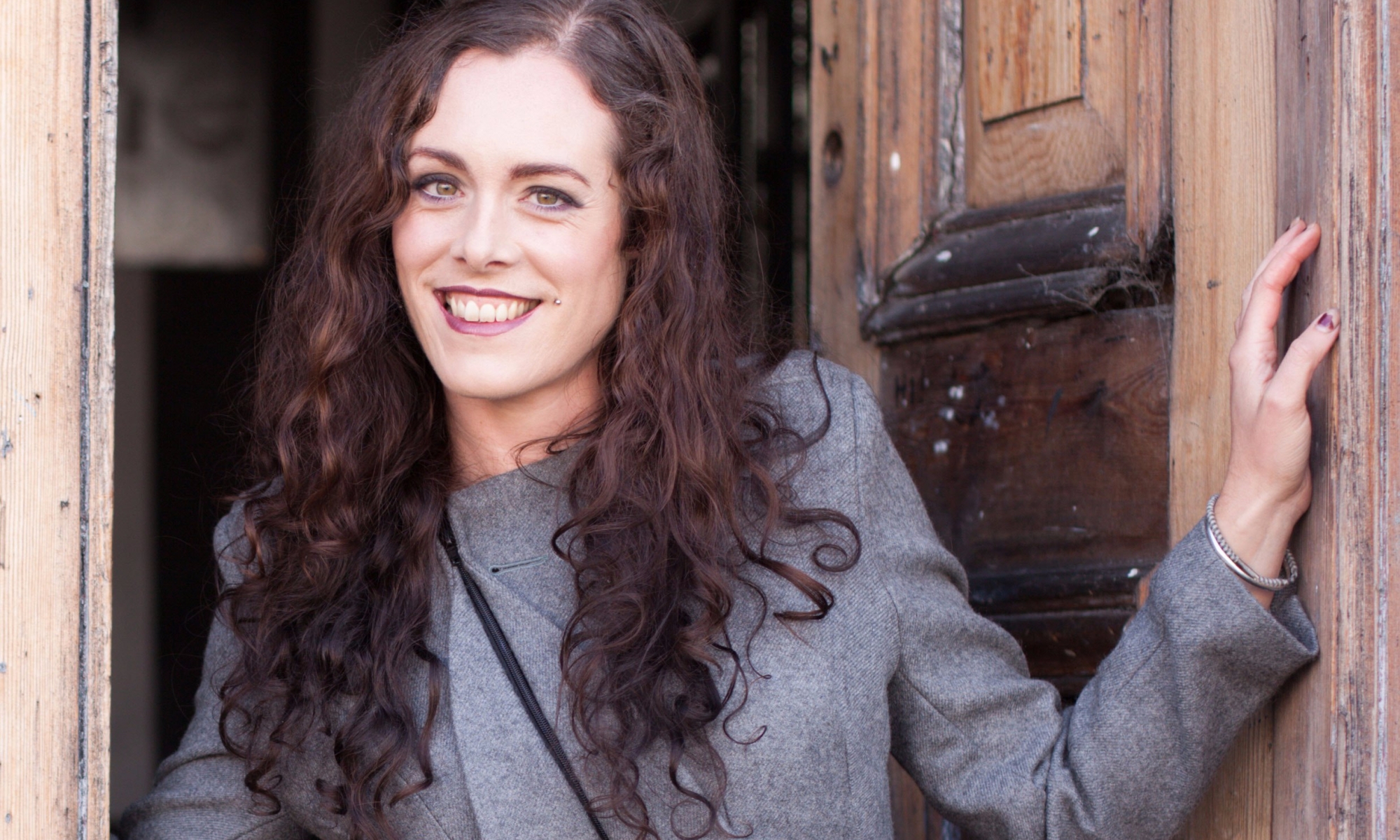 As New Zealanders are beginning to question where their clothes come from, a new fashion story is emerging. Paulette Crowley takes a look at alternatives to fast fashion.

It’s Friday morning and a night on the town with vino and friends is looking likely after a hard week at work. Problem: you have nothing you want to wear and no time to buy something new. Solution? Go online, order a cheap, pretty frock in minutes and get it couriered to your home or workplace by the end of the day.

With clothing now so plentiful, cheap and readily available, many of us are buying garments every week — just because we can, or because they’re on sale, or because we’re bored. Big fashion retailers work with revolving inventory; a new collection lands each week, and “old” stock soon goes on sale.

But there is a growing groundswell of consumers rebelling against this shopping model, in New Zealand and around the world. Just last week Tear Fund released its first Ethical Fashion Guide, which grades clothing brands from A to F on four themes: worker empowerment, company auditing systems, knowing suppliers and policies. Spanish behemoth Zara, a major fast fashion retailer, gets an A grade. Australian chain Valleygirl gets a D.

WHAT’S THE PROBLEM WITH FAST FASHION?

Your cute on-a-whim outfit may seem cheap, but is does come at a cost, as was demonstrated when 1134  garment workers were killed after the Rana Plaza factory collapse  in Bangladesh in April 2013.

The incident highlighted unsafe working conditions and slave wages for garment workers in the Third World.

Environmentalists say the fashion industry – worth $3.3 billion in New Zealand and $3 trillion globally – is the second ‘dirtiest’ industry in the world behind the oil trade. They point to the high resource waste in producing clothes, the toxic dyes that run into streams, the pesticides used for growing cotton and the impact these have on the environment.

Waste is not isolated to the manufacturing process either, as consumers in Western countries increasingly can’t get rid of the mountains of clothes they buy, swamping op shops, clogging up landfills and exporting clothes to countries such as Haiti, which has effectively destroyed the clothing industry there.

For some, the cost of fast fashion has become too high, and they’re rejecting the cycle of creating, buying and getting rid of clothes. Ethical fashionistas are turning to brands with transparent supply chain ‘stories’, and experimenting with upcycling and trading in pre-loved and vintage clothes.

‘AS A CONSUMER, I CHALLENGE EVERYTHING’

Jes Lee, 26, works for a major retailer and loves clothes. But unlike many young women – the most rampant consumers of fast fashion – the Aucklander won’t purchase anything unless it passes the scrutiny of the app Good on You (for which she is also a voluntary sales manager), which rates the fashion manufacturer’s impact on the environment, treatment of workers and impact on animals.

“I use Good on You for everything,” Jes says. “Because I work in the fashion industry, I started to question the story behind the products, and where they were made. The only way things will change is if we challenge everything as a consumer.”

Apps like this also judge fashion companies on the transparency of their supply chain and criticise them if they’re suspected of ‘greenwashing’ their eco efforts. Run a brand through Good on You’s search engine and you will get a rating out of five, background info on the company’s industry memberships, and alternative brands to try which score more highly. Good on You also offers templated emails, so consumers can lobby low-scoring companies to improve their processes.

Good for You rates brands differently to Tear Fund, which based its Ethical Fashion Guide on a report by Baptist World Aid Australia. Zara gets a three out of five rating from Good for You. “Zara has set some good policies for supply chain management but it creates short-lived fast fashion products… its business is built on fast fashion, constantly changing styles and more or less disposable clothing.”

Although many fashion brands are making moves to improve wages and conditions for garment workers and address environmental concerns, Lee has been unsatisfied with most. Now she tends to buy pre-loved garments via websites like Designer Wardrobe, where she picks up fashion items in good condition for a fraction of the price.

“I know some of these clothes may not have been created in the best way, but I feel better knowing that they’re being used by many people, and given an extended life. It’s honouring it, in a way.”

ARE THESE THE CLOTHES THAT ARE PART OF THE PROBLEM?

Graphic designer Kate Van den Bergh, 33, always tended to buy clothes that would last for more than one season. “But to be honest, I was enjoying the low cost of clothing! It didn’t bother me to buy three of something in different colours sometimes just because the price point was so low, and if I didn’t wear, it wouldn’t bother me too much.”

But building a tiny house with her husband north of Auckland has meant downsizing, including her wardrobe. “I only bought pieces that I knew I would get a lot of wear from.”

The housing project has opened Van den Bergh’s eyes to waste and sustainability issues, especially with clothing. “I saw the documentary The True Cost [directed by American filmmaker Andrew Morgan] which really changed the way I bought clothing. It was horrible to see that the low prices of the clothing I used to buy was causing so much poverty. It made me think every time I walked into a store, are these the clothes that are a part of the problem? Where were they made?”

Kiwi fashion designer Theresa Grantham knows where and how the clothes she has created were made. The rag trade veteran, who has worked for Yves Saint Laurent, Chanel and Saks, also knows the farmer who grew the cotton, where it was ginned, and that it was dyed using non-toxic products.

As part of her project-based charity Seed to Self, she works with New Zealand fashion students to trace the history of material and garments, and coordinates a project where they visit India to see exactly how materials and garments are made.

“Then they can start putting what they’ve learnt into organisations where they’ll work,” she explains. “They can ask, ‘What can you do to make this more sustainable?'”

OP SHOPS ARE A DUMPING GROUND

The average period we hold onto a piece of clothing is five weeks, according to fast fashion activist Livia Firth (wife of actor Colin Firth), founder of the UK-based Eco-Age. This is easy enough to verify when you see young female You Tubers’ “haul” videos. In these, they empty bag upon bag of newly-purchased fast fashion items. “I know I have 11 pairs of jeans already, but these were just so cute and cheap, I just couldn’t resist! I’ll probably never wear them,” one giggles, as she tosses the jeans aside.

Op shops are where many of us end up dumping our unwanted clothes, as volunteer worker Bea Lorimer of Waiheke Island, well knows. “People buy it cheap, sometimes don’t even wear it, then get rid of it – that’s the mentality of disposable fashion.”

She says she often sees clothes come in with their tags on, which may seem better than the piles of dirty and torn items that they’re also overwhelmed with, but that doesn’t make them any easier to sell. “There’s only so many black t-shirts you can display.”

In her line of work as a professional upcycler, Lorimer meets people who will buy her Heke Design garments purely because they’re sustainable. “But there are still a lot of people who put aesthetic first.”

Fashion is dear to our hearts, and has been a form of creative expression and identity for centuries. For a dedicated follower of fashion, it can be a big shift to consider op-shopping and upcycling, or buying from the sometimes plain, blowsy or hippie-style ethical fashion labels.

However, ethical, cutting-edge fashion is big overseas with many high-end fashion designers, such as Stella McCartney, joining the green brigade.

In Dunedin, Melanie Childs is being recognised for her eponymous high-end upcycled label.

She agrees that though sustainability is becoming more popular, when it comes to the clothes on their backs, some people prefer to live in denial.

“Some of the time sustainable and ethical fashion isn’t considered cool – it’s too greeny. But I’m trying to appeal that market – the stuff that I do is quite edgy – it’s not exactly conservative.”

The fashion business is tough at the best of times, but creating it by re-using existing garments is a battle.

“It’s pretty labour-intensive, so I honed my approach focusing on using denim, and also using a couple of ‘virgin’ fabrics. I found it very difficult having my entire label only made from pre-existing garments – that wasn’t commercially viable for me.”

Jes Lee reckons she has saved thousands of dollars on the fast fashion she hasn’t bought, which is just as well. “I was spending money I didn’t have. I am still paying off credit card debt from living that way.”

“These days when I do buy fashion it has to be a wardrobe staple, something that is well made, so it will last. I don’t mind if I have to pay more for something that will last and that I love. The more times you can get wear out of something, the better.”

●    There has been a 400 per cent increase in the global consumption of clothing and textiles in the past 20 years.

●    40 million workers make clothing and textiles in the Asia-Pacific region.

●    Just 7 per cent of the companies surveyed for the 2017 Ethical Fashion Report by Baptist World Aid Australia knew where all of their cotton came from.

●    Fashion is the second “dirtiest” industry in the world, after oil.

This article was published in Your Weekend, April 29, 2017